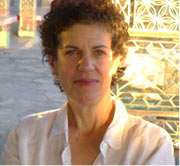 Caren Rabbino has managed large-scale projects and client relationships both as an entrepreneur and chief executive officer. Ms. Rabbino has 25 years of experience in strategic planning and managing operations to ensure stability for fast-growing organizations.

In 1998, Ms. Rabbino formed Fast Forward Consulting, a strategic planning firm that supports organizational development for owner-operated businesses and non-profits alike.  The common thread among these businesses is the need for an outside perspective to re-think strategic and operational issues that thwart organizational growth.

From 1998 to 2000, Ms. Rabbino attended and received a Masters degree from the Interactive Telecommunications Program at New York University. Her studies focused on content integration, interaction design and production for new media, physical computing, telecommunications in transition, and strategies for the digital economy. In addition to the Masters degree from NYU (2000), Ms. Rabbino received a B.A. in the History of Art (1982) and an M.A. in English Literature (1984) from the University of Pennsylvania.

In 2015, Ms. Rabbino was certified as a mediator by the New York State Unified Court System.   She has served on the Board of Directors of the Iyengar Yoga Institute of New York and Hester Street Collaborative.